This time of year, for the past three years, my good friend Beth and I have been producing a fun little web site called The Yule Blog. 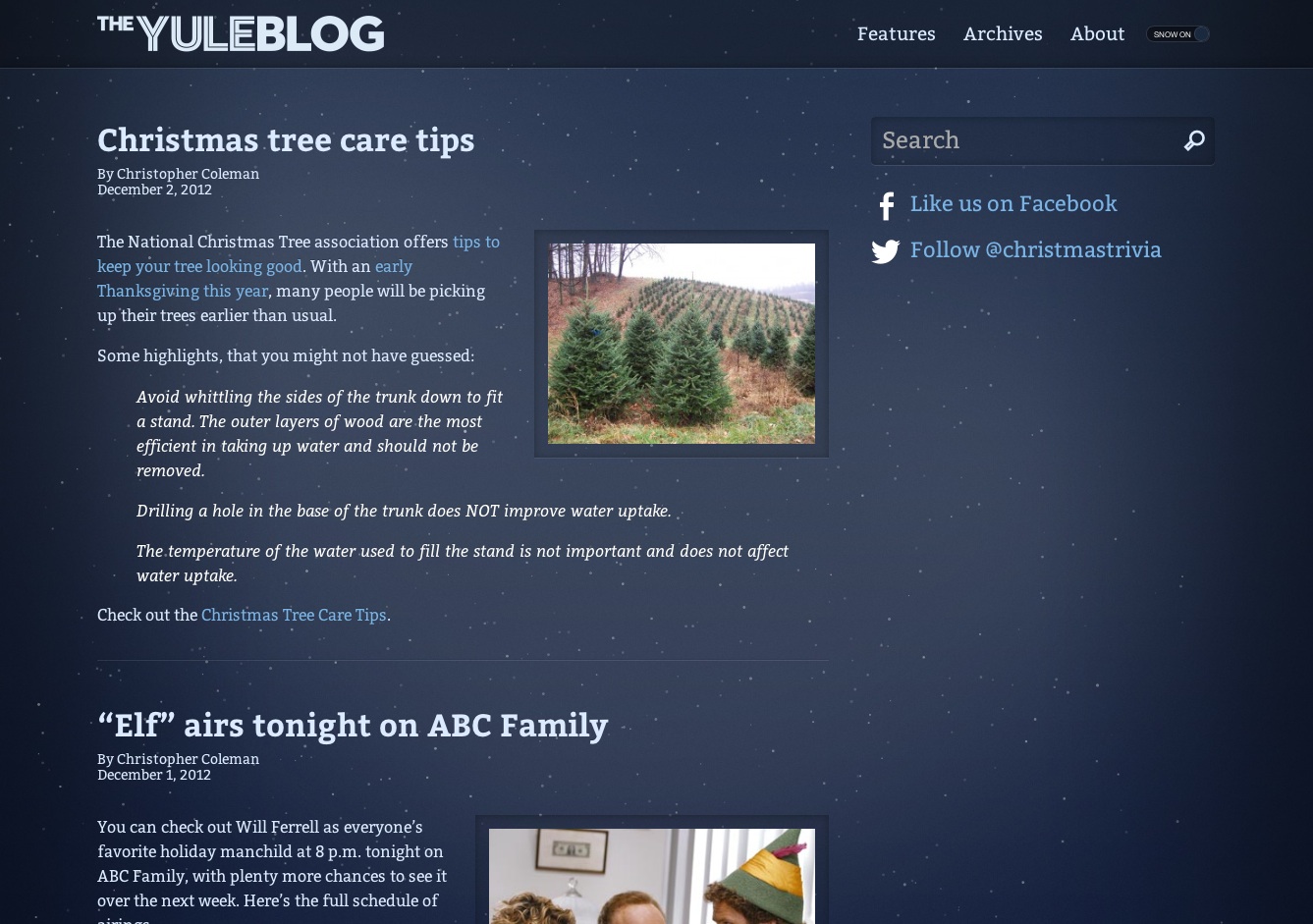 It started out as a Twitter account to post interesting facts about Christmas, and snowballed (ugh, puns) into this. I missed writing, but since writing consistently is hard, we decided that if we could focus on one subject and limit ourselves to just part of the year, we could end up with a better result. I also wanted something that I could use as an outlet to try out new CSS techniques, since I often get distracted coming when trying to come up with demos without any context. So far, It’s been a great success.

We recently launched this year’s edition. Following in last year’s tradition, it features a new design. It’s a little less ambitious than in the past, but the idea this time around is to iterate on it next year, rather than scrapping the whole thing.

Due to some unforeseen circumstances, we’re probably going to keep the content a little lighter this year, but there will still be a lot of cool stuff. Check it out and let me know what you think!